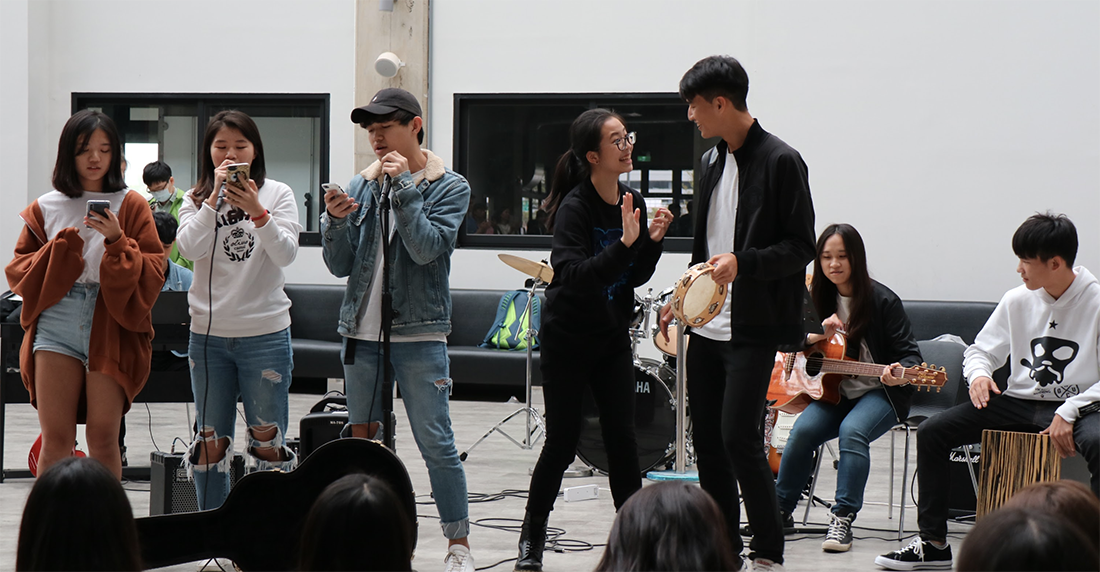 Uncategorized
by AdminPAS May 3, 2019 No comment(s)

Thanksgiving is one of the most treasured holidays in America. It is a day for friends and family to gather together and appreciate the many blessings we have received throughout the year.In the spirit of Thanksgiving, on November 22nd, STUCO held a Thanksgiving luncheon. As soon as the bell rang after the fourth period, the cafeteria was packed with students lining up for the roasted turkey and dishes provided by the Parents Association. There were various options for food including sushi, pasta, mashed potatoes, cakes, and many more. Julian Lin (Grade 7) even noted that “This is the best lunch [Julian] ever had in PAS!” 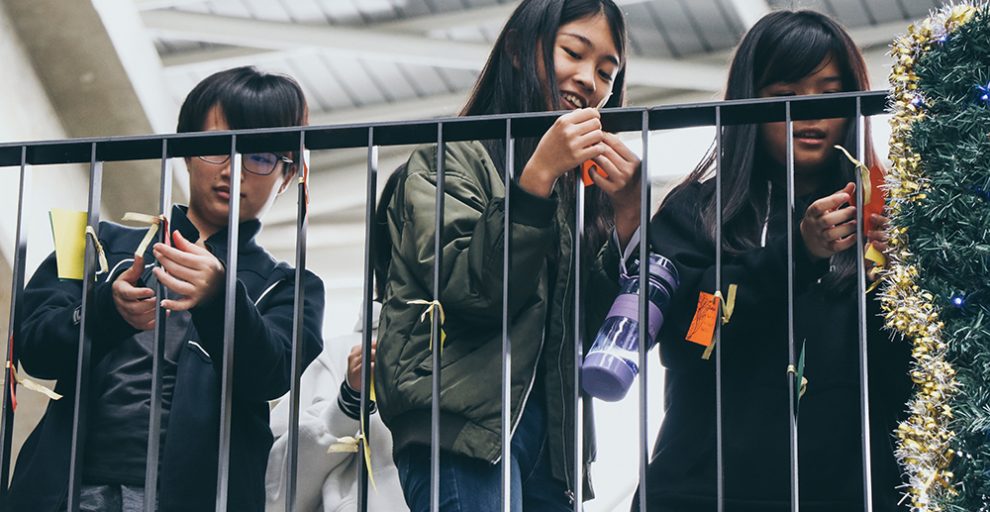 After lunch, our PAS rock band performed six songs that lightened up the crowd. Cindy Wei(11), a singer in the rock band, described the performance as a big challenge because the rock band originally only prepared two songs to perform. However, during the rehearsal the night before Thanksgiving, Ms. Pamela wanted the rock band to add 4 more songs. “Luckily, all of our members are talented enough to play the songs right away,” Cindy remarked. Additionally, the art crew decorated a bridge filled with thank you notes from students who wanted to express gratitude for their teacher’s hard work during the school year. 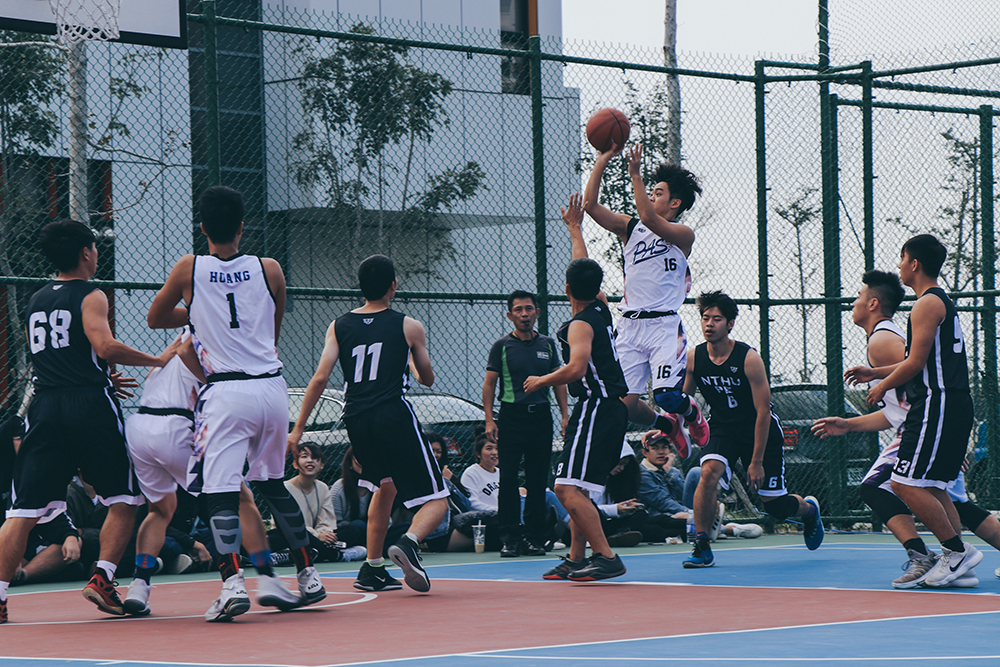 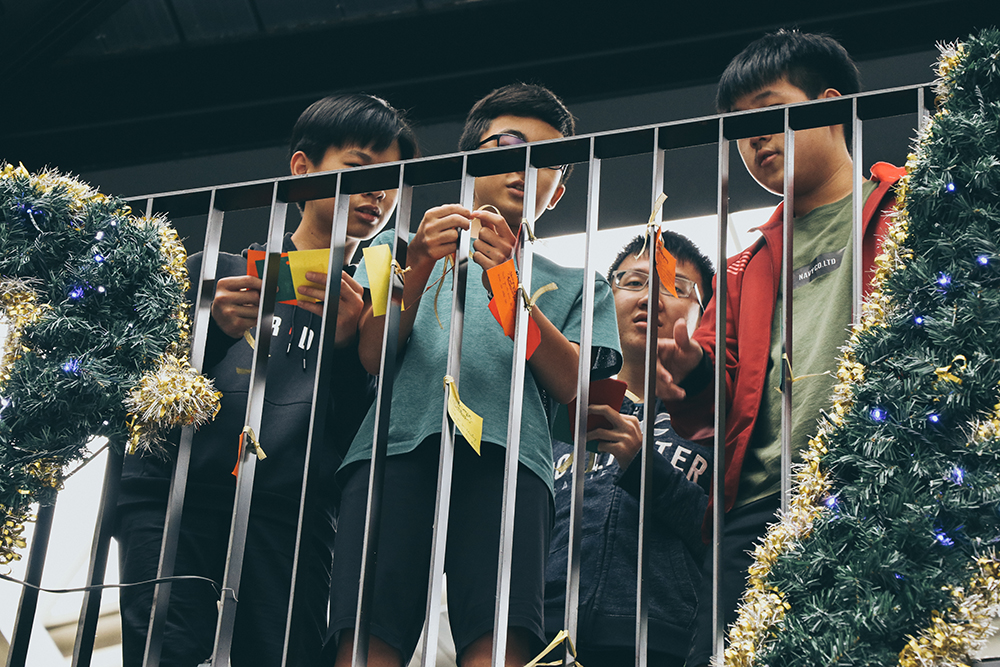 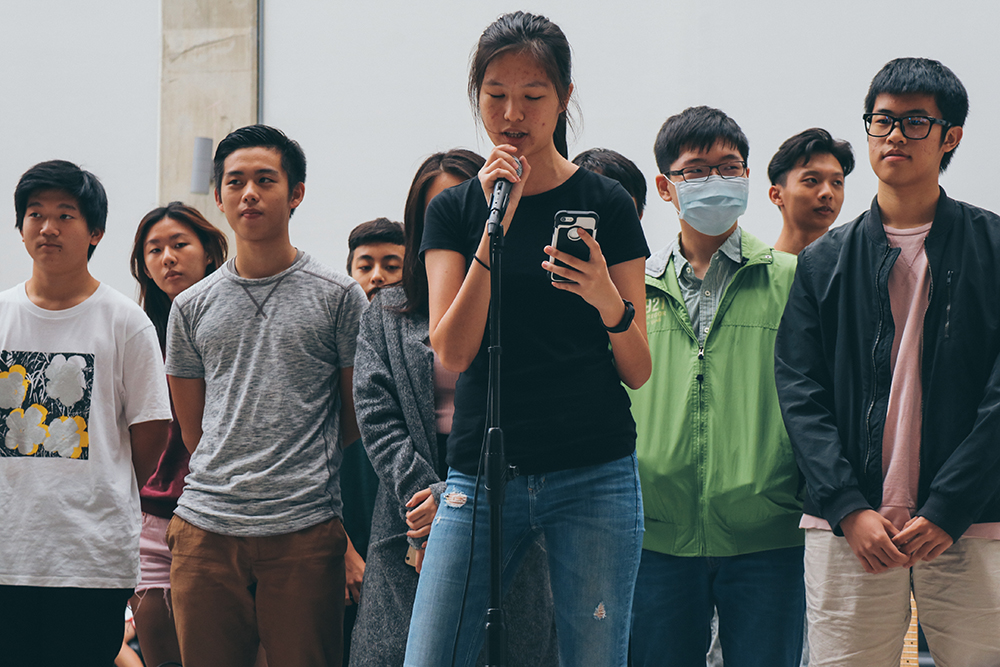 To liven up the spirit even more, the PAS boys basketball team played against Tsing Hua University winning with a score of 40:29. It was an extremely competitive game where the upper hand constantly switched during the first two quarters. Willy Wang (Grade 11) described that he “was worried during the first half of the game because our scores were extremely close.” As the game continued, the PAS basketball team gradually widened the score gap and won with 11 more points. The boys basketball team performed remarkably and drew the event to a perfect end.With the various events STUCO provided, students had a pleasant evening learning the true spirit of Thanksgiving – being thankful for those around them.

Stay up to date on Pacific American School’s important events, breaks, and exams!

Please fill out the online application. Our admissions officer will be in touch shortly!

Schedule an individual appointment with us! Fill in the form and we will get in touch!

Schedule A Campus Visit With Us!

If you need to make an appointment for a campus visit, inquiring meeting with school, or take an entrance testing, please click here for your appointment.